Steele: It Doesn't Matter If Trump-Endorsed Candidates Lose. A Loss Is A Win. 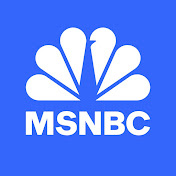 With Republican primaries in West Virginia and Nebraska underway, Michael Steele, Chuck Todd, Kimberly Atkins Stohr, Mark Murray, and Vaughn Hillyard join Andrea Mitchell to discuss this latest test of Trump’s influence over the Republican Party through his endorsements. “It doesn't matter whether they win or lose. He doesn't like the stain of a loss, but even a loss is a win for him,” says Steele. “He's got these candidates groveling to him. You know, Mooney crosses state lines just to be on the stage with Donald Trump in Pennsylvania,” Steele explains. “The establishment still has no clue what to do, so they capitulate and buckle. So where does Trump lose in any of this?” » Subscribe to MSNBC: http://on.msnbc.com/SubscribeTomsnbc MSNBC delivers breaking news, in-depth analysis of politics headlines, as well as commentary and informed perspectives. Find video clips and segments from The Rachel Maddow Show, Morning Joe, Meet the Press Daily, The Beat with Ari Melber, Deadline: White House with Nicolle Wallace, The ReidOut, All In, Last Word, 11th Hour, and more. Connect with MSNBC Online Visit msnbc.com: http://on.msnbc.com/Readmsnbc Subscribe to MSNBC Newsletter: http://link.msnbc.com/join/5ck/msnbc-daily-signup-youtube Find MSNBC on Facebook: http://on.msnbc.com/Likemsnbc Follow MSNBC on Twitter: http://on.msnbc.com/Followmsnbc Follow MSNBC on Instagram: http://on.msnbc.com/Instamsnbc #GOP #Republicans #Trump
Read Entire Article