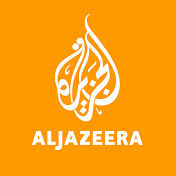 “Shireen, for every Palestinian journalist and for every Arab journalist, is a model we lost today,” Al Jazeera journalist Tamer Mishal said. “The tragic pictures that we saw on social media, shot in the head, show that it came from an Israeli sniper who fired a bullet directly at her.” “Till the very last second, Shireen Abu Akleh was professional and persevering,” he added. The last message Abu Akleh sent to Al Jazeera was an email at 6:13am in which she wrote: “Occupation forces storm Jenin and besiege a house in the Jabriyat neighbourhood. On the way there, I will bring you news as soon as the picture becomes clear.” Al Jazeera Media Network called on the international community hold the Israeli occupation forces accountable for their “intentional targeting and killing” of Abu Akleh. Al Jazeera’s Nida Ibrahim reports from Al Jazeera Bureau in the Palestinian city of Ramallah. - Subscribe to our channel: http://bit.ly/AJSubscribe - Follow us on Twitter: https://twitter.com/AJEnglish - Find us on Facebook: https://www.facebook.com/aljazeera - Check our website: http://www.aljazeera.com/ #ShereenAbuAkleh #Palestine #AlJazeeraEnglish
Read Entire Article