He lost his husband. Now he fights to eliminate the FDA blood ban on gay and bisexual men alone 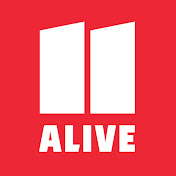 Jeff Graham and Peter Stinner have been working on the forefront of issues facing gay men for nearly four decades, with Graham working with an HIV advocacy program called AIDS Survival Project and Stinner working for an HIV testing program called Mercy Mobile — now known as Mercy Care Services. Now that Stinner has passed, Graham works to eliminate the FDA blood ban on gay and bisexual men alone. Since the rise of America's AIDS epidemic in the 80s, the FDA has banned men who have sex with men from donating blood. The rules have slightly been modified over time, but many believe the stipulations are biased. This is Episode 3 of a three-part series that explores the history of the blood ban, and the efforts to end it. Subscribe to 11Alive for exclusive content: http://bit.ly/11AliveSubscribe 11Alive is Where Atlanta Speaks. We believe that news shouldn’t be a one-way conversation, but a dialogue with you. Join in, share your thoughts and connect with new perspectives. Follow 11Alive on Social: Facebook: https://www.facebook.com/11Alive/ Twitter: https://twitter.com/11AliveNews Instagram: https://www.instagram.com/11Alive/
Read Entire Article